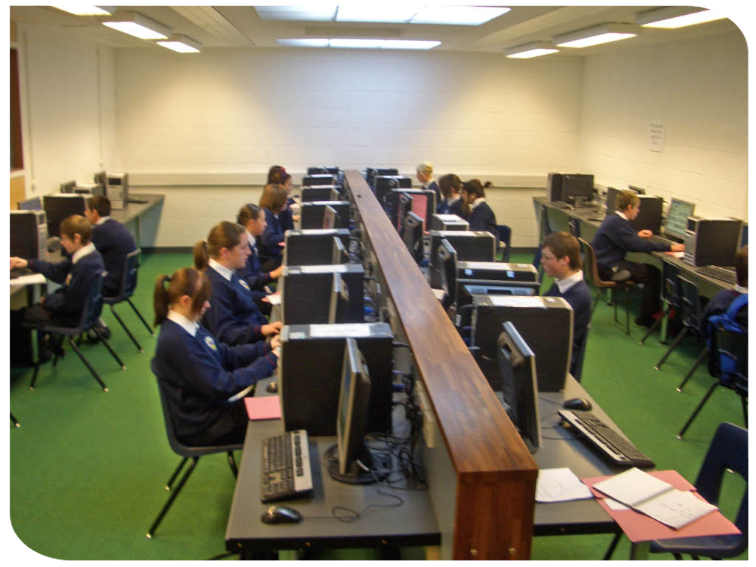 Trinity Comprehensive School has 4 fully equipped computer rooms and a staff computer room. All offices have computers and most subject areas have access to a school laptop. The school is fully networked with a total of 200 computers.

Trinity Comprehensive School is also to get high- speed wireless broadband connectivity as part of the Government’s pilot plan to give students instant internet access anywhere in the school. Trinity Comprehensive is among 78 schools nationwide that will get high -speed broadband as part of a €16 million investment. These schools are part of the 100 mega bytes per second post primary schools project launched by the Government in June 2009.

Under the existing Schools Broadband Programme, primary and post- primary schools can access a basic level of broadband connectivity.

The 100mb/s post -primary schools project is a wireless pilot initiative that runs until the end of 2011.

“This marks the next phase in the Government’s ambition to develop our schools into centres of e-learning and to make technology an integral part of the learning process. High- speed wireless broadband means that students will be able to upload and download material faster, access high-volume digital educational content and connect instantly to websites from any part of the school. In fact, the speeds will be similar to those offered to high-end national and multi-national companies operating here,” according to the Minister for Education and Science.