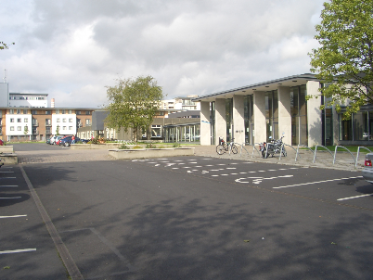 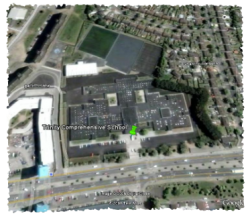 The Comprehensive Schools for Ballymun were first planned in the late sixties. Initially two separate single-sex schools were envisaged and this idea finally developed into a co-institutional structure with a shared facilities area to accommodate 750 boys and girls up to Intermediate Certificate. The official opening took place on March 26th 1973.

In September 2005, the three Comprehensive Schools amalgamated to form a single co-ed secondary school, under the new name of Trinity Comprehensive School. An extensive refurbishment of the old Boys’ and Girls’ Comprehensives was completed in 2005. The new school boasts state of the art facilities, incuding:

Trinity Comprehensive School was officially opened by the then Minister for Education and Science, Mrs Mary Hanafin.